To better understand the needs and preferences of dairy and pig farmers when using precision livestock technologies to assess animal welfare, ClearFarm carried out a survey with farmers in the Netherlands, Spain and Finland.

Farmers evaluated the opportunities of a ClearFarm system to track and monitor every individual animal and to offer an early warning welfare assessment that assists them to react to threats more rapidly to increase animal welfare and optimise production as important. The possibility to share data with control and certification institutions as well as with companies for business innovation purposes was also considered beneficial.

A key aspect for farmers is the organisation that manages the information of ClearFarm system. Both farming sectors expressed the desire to be well represented in such an organisation.

Though the results point out some heterogeneity in the farmers’ preferences, farmers display relatively small between-country differences in their evaluations of the ClearFarm system. The tracking and monitoring of farm animals is, however, particularly preferred by Spanish pig farmers, whereas Dutch and Finnish pig farmers as well as the dairy farmers do not indicate such a preference. This finding might be explained by the fact that Spanish pig farmers operate in an integrated system in which productivity and process optimisation plays a greater role than in other European production systems.

Moreover, an opportunity to share data with certification and control institutions is slightly more preferred by Finnish farmers. This may be because Finnish farmers are already used to the utilisation of advanced animal health care systems in both farming sectors.

These results provide promising prospects for the development of ClearFarm system that fits the needs of farmers and other stakeholders of the production chain of pig and dairy cattle.

You can find out more about which cookies we are using or switch them off in settings. 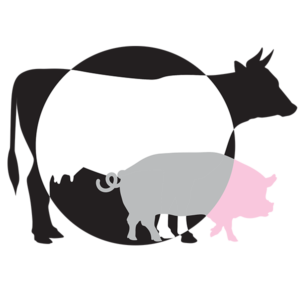 This website uses cookies to provide you with the best possible user experience. Cookie information is stored in the browser and performs functions such as recognizing you when you return to the website and helping your team understand which sections of the website you find most interesting and useful.

If you disable this cookie we will not be able to save your preferences. This means that when you visit this website, you will need to enable or disable cookies again.

This website uses Google Analytics to collect anonymous information such as the number of site visitors and the most visited pages.

Activate the strictly necessary cookies first so that we can save your preferences!